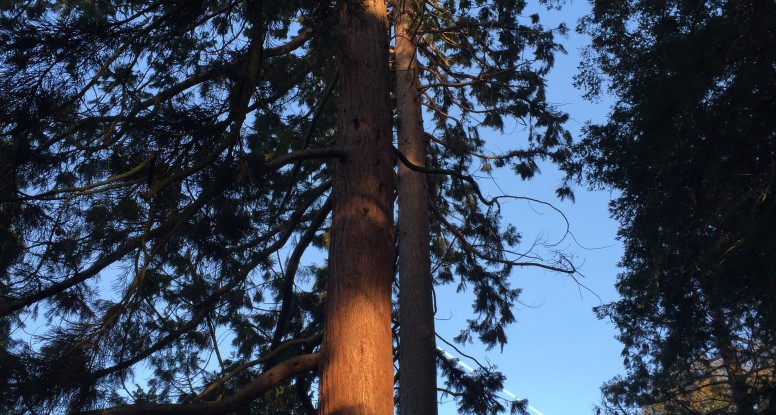 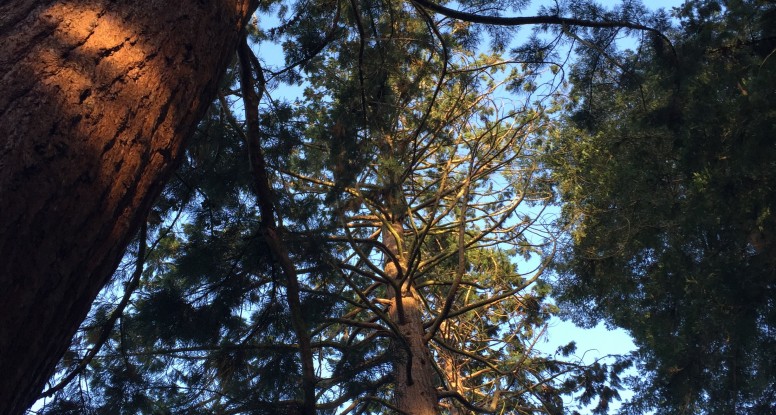 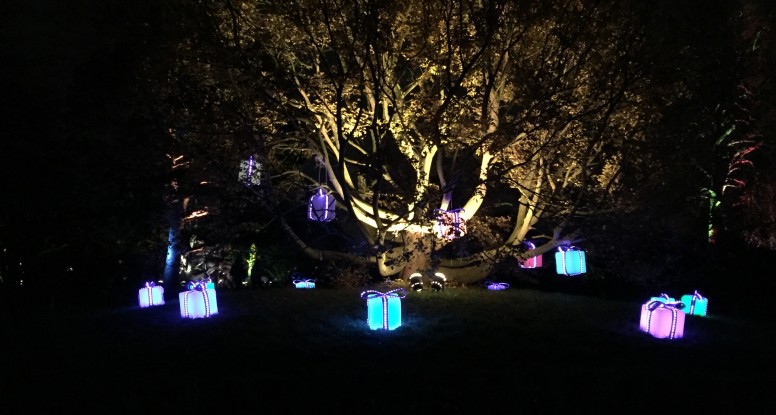 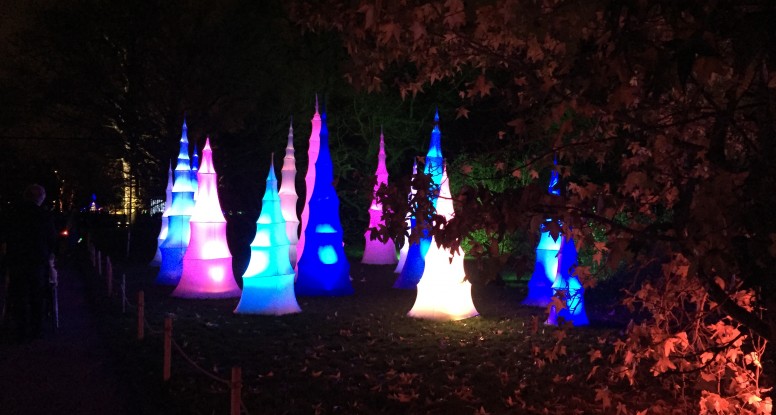 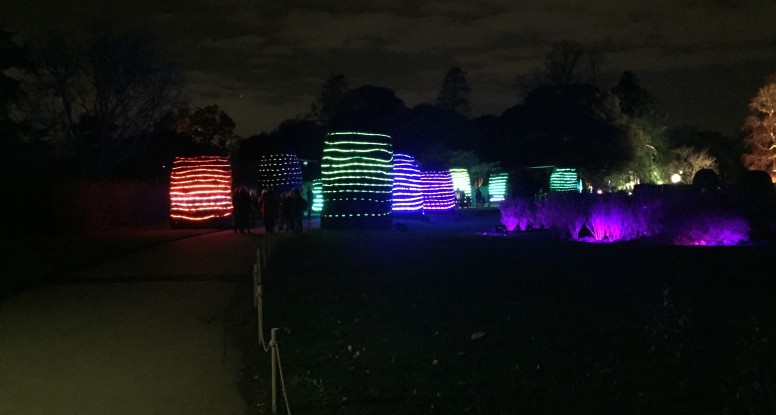 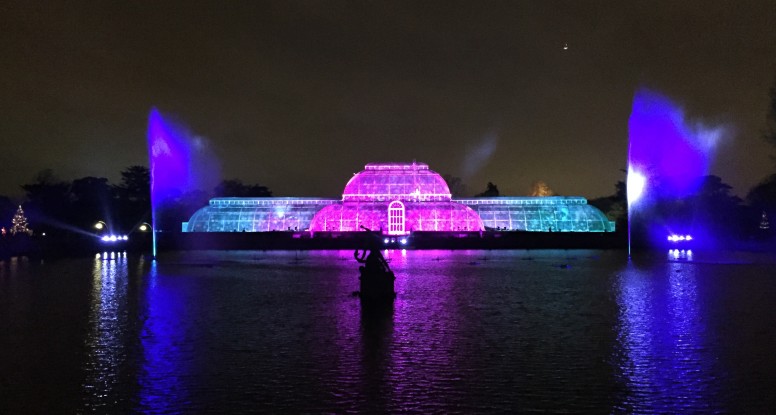 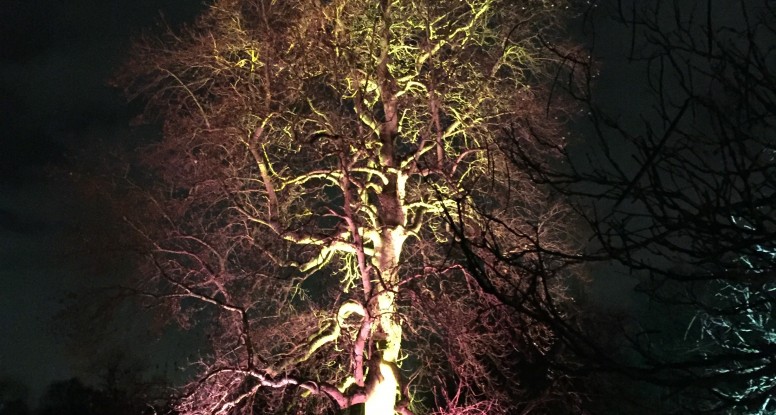 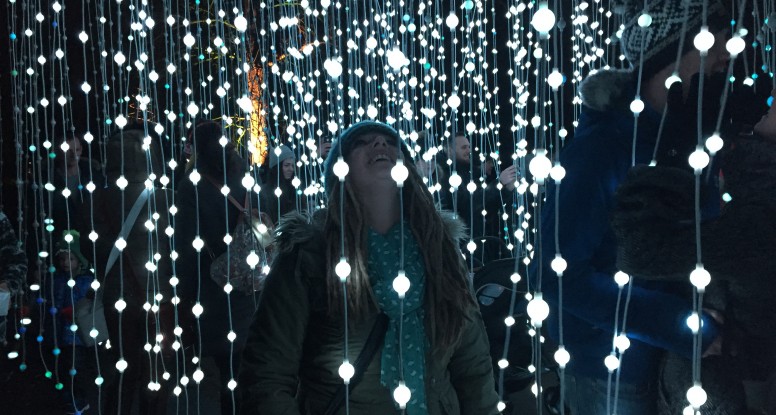 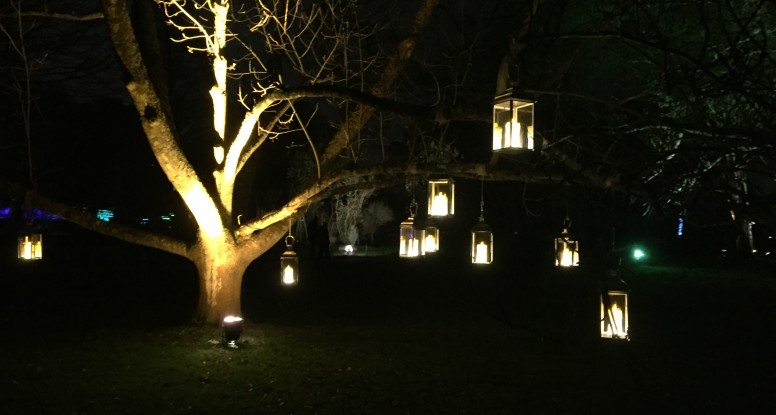 Christmas at Kew – a tree surgeon’s day out!

We went to Kew Gardens to see their ‘Christmas at Kew’ event and it was….brilliant!

We decided it was a long way to go just to walk round the Christmas trail in the evening, so we spent a whole day there – it still wasn’t enough time to see everything!

Because we’re tree geeks, the first thing on the map to catch our eyes was the Treetop Walkway which at 18m high, with a see-through mesh floor can be a little daunting if you’re not good with heights. However, if you can force yourself to get up there, the rewards are worth it – you walk in the canopy level of the trees, all of which are tagged so you know what you’re looking at and the view across the gardens and beyond into London are spectacular.

From there we strolled down Holly Walk, a collection of mature hollies lining over 1,000m of path where you can compare different cultivars….my favourite was called Ilex aquifolium ‘Golden Milkmaid’ and it was a beauty: splashed with gold but on the inside of the leaves with a dark green margin (hard to imagine but look it up on the internet to get a picture!).

The Holly Walk led us to the Japanese Landscape which was breathtakingly beautiful. It was spotlessly maintained, beautifully planted, peaceful and far too big to replicate at home apparently! However, it was inspiring and a few planting combinations have been logged for future use. I’ve never been a fan of flowering cherries, but they had a very special winter flowering variety, standing on its own, expertly pruned into the most elegant of shapes and full of blossom (and bees?!) How they keep visitors feet off the perfectly raked gravel gardens I will never understand.

Next on the ‘to-do’ list was the Redwood Grove – a mixture of Sequoia sempervirens (Coastal Redwood) and Sequoiadendron giganteum (Giant Redwood) which were planted in the late 19th century and are now becoming formidable trees. In their native California the tallest living thing is a Coastal Redwood measured at 115m in 2006 – that’s almost 400 feet in old money and almost 100 feet taller than Big Ben!

We crossed an amazing bridge that was made of upright slabs of bronze and found ourselves in a bamboo garden – who knew there was so many different looking bamboos?!

And then it was time to check out the glasshouses – the Princess of Wales Conservatory is the most astonishing looking building from the outside and a plant lovers paradise on the inside. There are 10 different climatic zones inside, all filled with ferns, orchids, chillies, mosses, birds (not sure if they were meant to be inside!), palms, cacti and carnivorous plants. Not to mention the waterlily tank in the middle and the aquariums tucked away almost underground. As if that wasn’t enough hothouse excitement, there’s also the Palm House which we pretty much had to run through as it was almost closing time. As we sprinted through we saw giant palms and bananas – complete with ripe fruit, coffee plants, cocoa plants, rubber trees and an intriguing spiral staircase leading up into the canopy or down into another set of underground aquariums…brilliant and definitely worth going back to see more!

We had to leave at 4.15 when the gardens closed and then go back at 5.30 because the Christmas event is run on timed entry tickets. The garden looked so different when we went back in – with a mile walkway of lights in and around the trees, displays that moved, trees that sang carols, old-fashioned fairground rides and lots of places to buy food and hot spicy alcohol we thoroughly enjoyed our visit.

The event runs through until 2nd January, so if you’ve got a spare day over the Christmas holidays, check the website at the following link for ticket availability and prices: