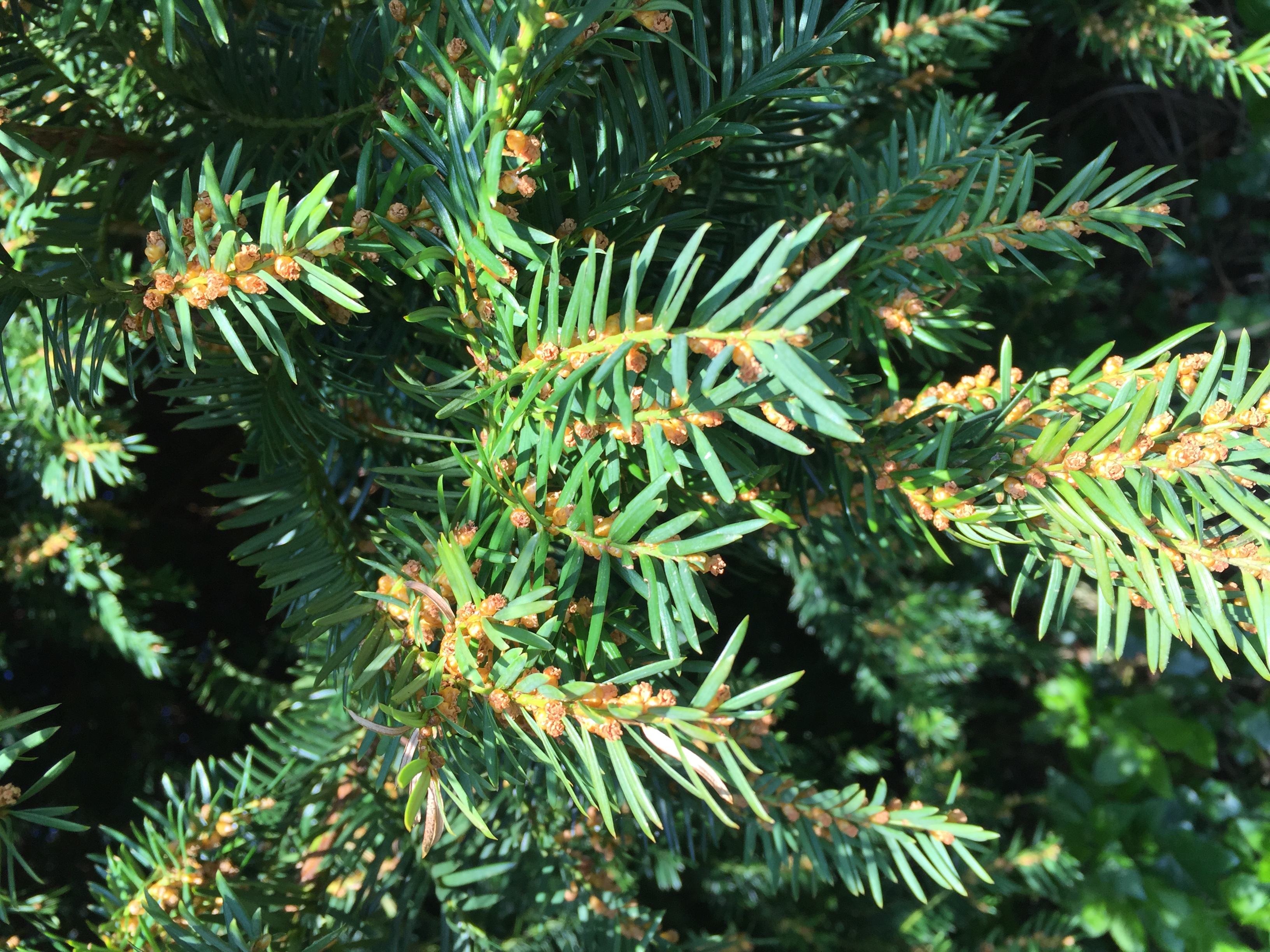 This week’s Tree of the Week is the Common Yew – whilst in previous weeks, the Oak was crowned King and the Beech referred to as Queen, the Yew surely must be the Grandfather of all trees?!

The Yew has to be a shoe-in for oldest tree in Britain – it almost seems like every county has a candidate! But this is for good reason, as the Yew has an incredible ability to bounce back from pretty much everything thrown at it….from lightning strikes, arson attacks and storm damage to over-exuberant hedge-cutting….the Yew always comes back. Which explains why there are claims for Yew trees in Britain to be anything up to 4,000 years old!

It’s probably one of the easiest trees to recognise – evergreen needles and gnarly, red-tinged bark, even on young trees and of course the striking red berries which are so attractive to birds. Although the form of the tree varies massively depending on how much intervention there’s been by humans! From sprawling, low-branched individuals to formally clipped hedges, Yew can be found everywhere – providing shady groves in churchyards or precision lines in formal gardens. There is also an upright or ‘fastigiate’ Yew commonly referred to as Irish Yew – there are also golden forms available. So if evergreens are your thing, you could create a beautiful topiary garden simply using the various forms of Yew that are available. 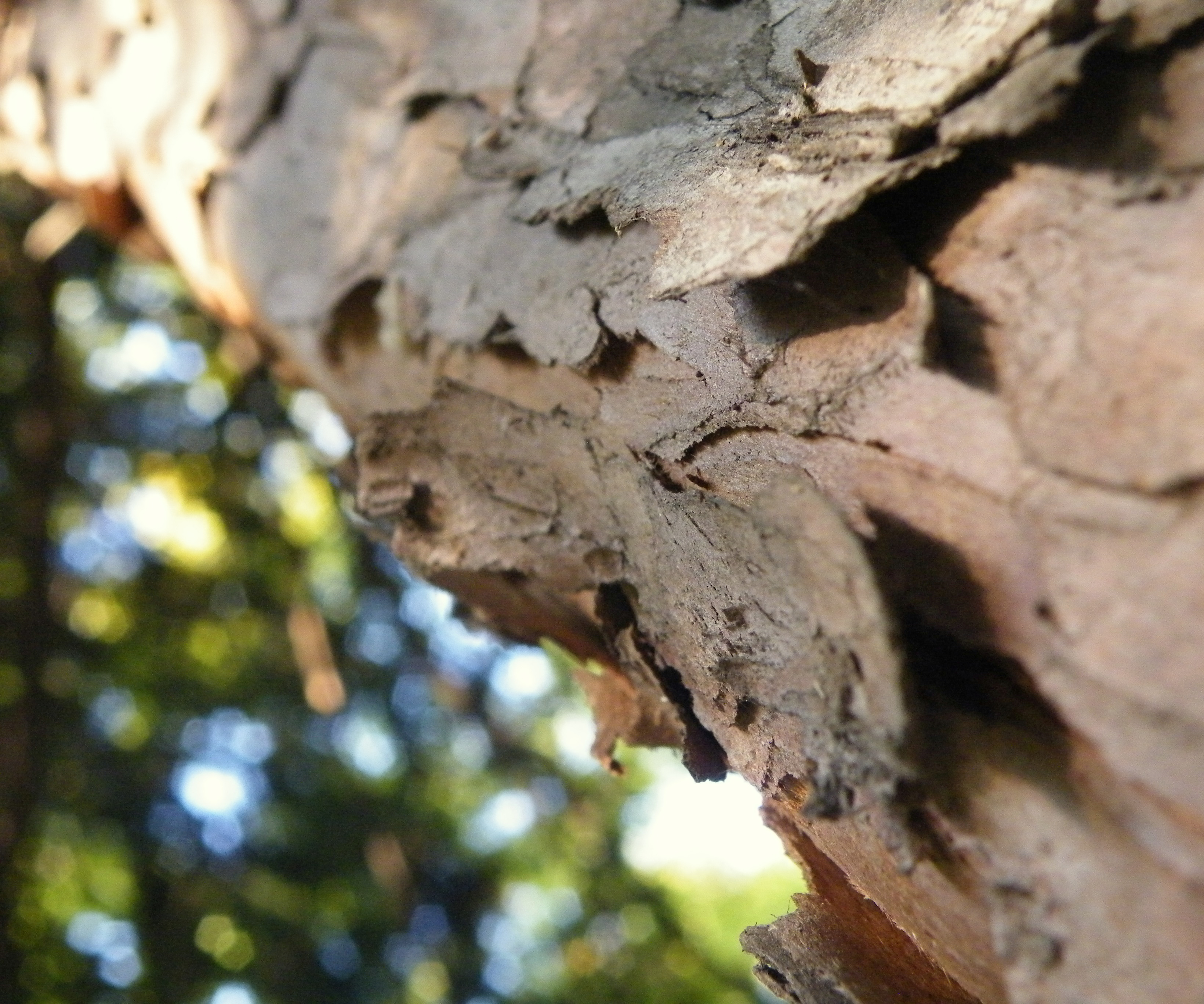 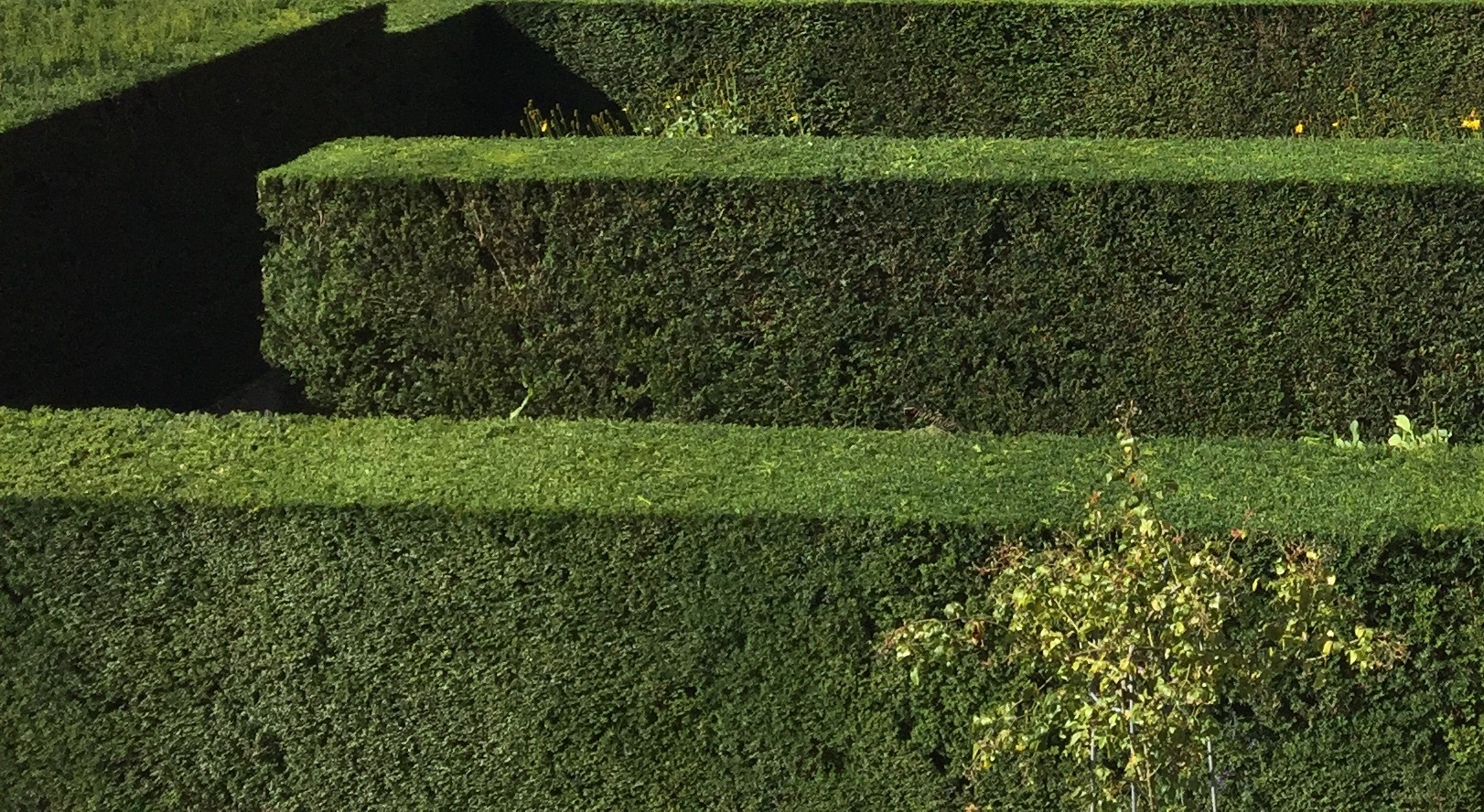 It seems that the best place to track down an old Yew is in church grounds – there is definitely a connection between places of worship and the Yew. From the Saxon vault built at an angle to accomodate the roots of an existing Yew at Tandridge, Surrey to the author of “Natural History and Antiquities of Selborne”, the Reverend Gilbert White writing about the already ancient tree in his churchyard in 1789. There is a presumption that the ancient Yews were planted by Druids or pagans and that Christian churches were then built alongside or on top of these pre-existing places of worship, however, finding good evidence of this is very difficult! 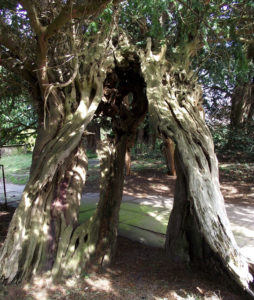 This is my all-time favourite Yew and was probably one of the first trees I ever fell in love with! Tucked away at the side of Astbury church in Cheshire, as a child I knew it was incredibly old, probably older than the church it grew alongside of and that despite the fact that it was completely hollow inside, it was still growing vigorously!

That was over 30 years ago and the tree remains, supported by props over the path.

If you fancy going to see it, the steps in the wall at the side of the church lead directly to it: 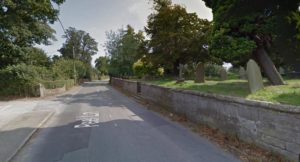 Steps in the wall leading to the ancient Yew at Astbury, Cheshire

*English yew (Taxus baccata) contains a compound, 10-Deacetylbaccatin III, which can be extracted from clippings and used as the raw material in the production of chemotherapy drugs paclitexel and docetaxel. These drugs are used to treat different cancers including breast, prostate, non-small cell lung cancer, stomach, head and neck cancer.

You can find out loads more about Common Yew on websites such as:

Come back next week for Tree of the Week – Part 9